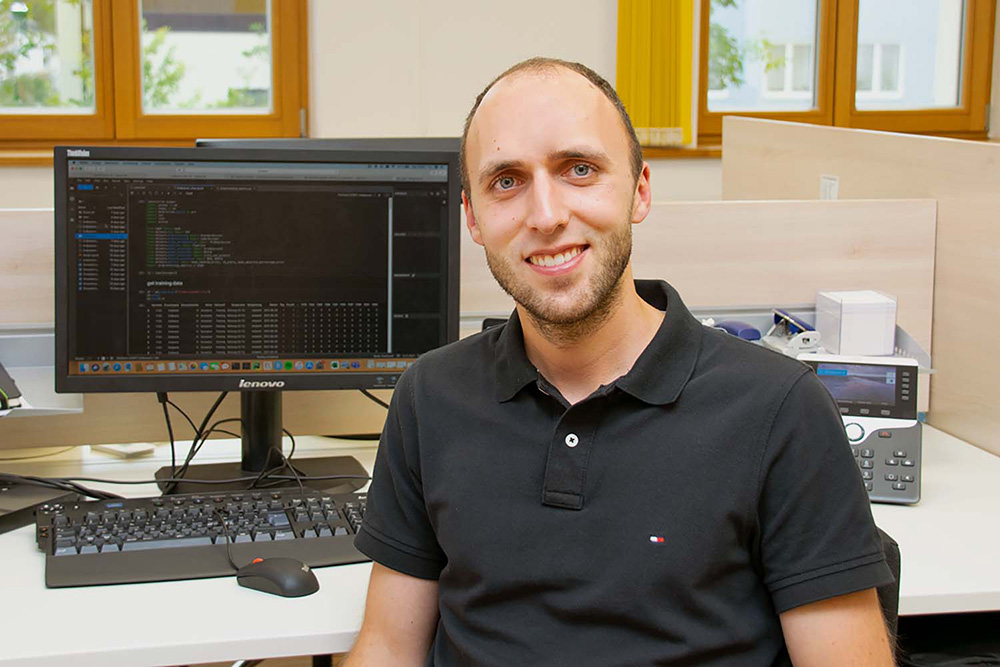 Spectroscopy provides important information on the surface composition of Mars. Spectral data can support studies such as the evaluation of potential (manned) landing sites as well as supporting determination of past surface processes. The CRISM instrument on NASA’s Mars Reconnaissance Orbiter is a high spectral resolution visible infrared mapping spectrometer currently in orbit around Mars. It records 2D spatially resolved spectra over a wavelength range of 362 nm to 3920 nm. At present data collected covers less than 2% of the planet. Lifetime issues with the cryo-coolers prevents limits further data acquisition in the infrared band. In order to extend areal coverage for spectroscopic analysis in regions of major importance to the history of liquid water on Mars (e.g. Valles Marineris, Noachis Terra), we investigate whether data from other instruments can be fused to extrapolate spectral features in CRISMto these non-spectral imaged areas. The present work will use data from the CaSSIS instrument which is a high spatial resolution colour and stereo imager onboard the European Space Agency’s ExoMars Trace Gas Orbiter (TGO). CaSSIS returns images at 4.5 m/px from the nominal 400 km altitude orbit in four colours. Its filters were selected to provide mineral diagnostics in the visible wavelength range (400 – 1100 nm). It has so far imaged around 2% of the planet with an estimated overlap of ≲0.01% of CRISM data. This study introduces a two-step pixel based reconstruction approach using CaSSIS four band images. In the first step advanced unsupervised techniques are applied on CRISM hyperspectral datacubes to reduce dimensionality and establish clusters of spectral features. Given that these clusters contain reasonable information about the surface composition, in a second step, it is feasible to map CaSSIS four band images to the spectral clusters by training a machine learning classifier (for the cluster labels) using only CaSSIS datasets. In this way the system can extrapolate spectral features to areas unmapped by CRISM. To assess the performance of this proposed methodology we analyzed actual and artificially generated CaSSIS images and benchmarked results against traditional correlation based methods. Qualitative and quantitative analyses indicate that by this novel procedure spectral features of in non-spectral imaged areas can be predicted to an extent that can be evaluated quantitatively, especially in highly feature-rich landscapes.
Zeitschriftenartikel

Four-band color imaging of the Martian surface using the Color and Stereo Surface Imaging System (CaSSIS) onboard the European Space Agency’s ExoMars Trace Gas Orbiter exhibits a high color diversity in specific regions. Not only is the correlation of color diversity maps with local morphological properties desirable, but mineralogical interpretation of the observations is also of great interest. The relatively high spatial resolution of CaSSIS data mitigates its low spectral resolution. In this paper, we combine the broad-band imaging of the surface of Mars, acquired by CaSSIS with hyperspectral data from the Compact Reconnaissance Imaging Spectrometer (CRISM) onboard NASA’s Mars Reconnaissance Orbiter to achieve a fusion of both datasets. We achieve this using dimensionality reduction and data clustering of the high dimensional datasets from CRISM. In the presented research, CRISM data from the Coprates Chasma region of Mars are tested with different machine learning methods and compared for robustness. With the help of a suitable metric, the best method is selected and, in a further step, an optimal cluster number is determined. To validate the methods, the so-called “summary products” derived from the hyperspectral data are used to correlate each cluster with its mineralogical properties. We restrict the analysis to the visible range in order to match the generated clusters to the CaSSIS band information in the range of 436–1100 nm. In the machine learning community, the so-called UMAP method for dimensionality reduction has recently gained attention because of its speed compared to the already established t-SNE. The results of this analysis also show that this method in combination with the simple K-Means outperforms comparable methods in its efficiency and speed. The cluster size obtained is between three and six clusters. Correlating the spectral cluster maps with the given summary products from CRISM shows that four bands, and especially the NIR bands and VIS albedo, are sufficient to discriminate most of these clusters. This demonstrates that features in the four-band CaSSIS images can provide robust mineralogical information, despite the limited spectral information using semi-automatic processing.