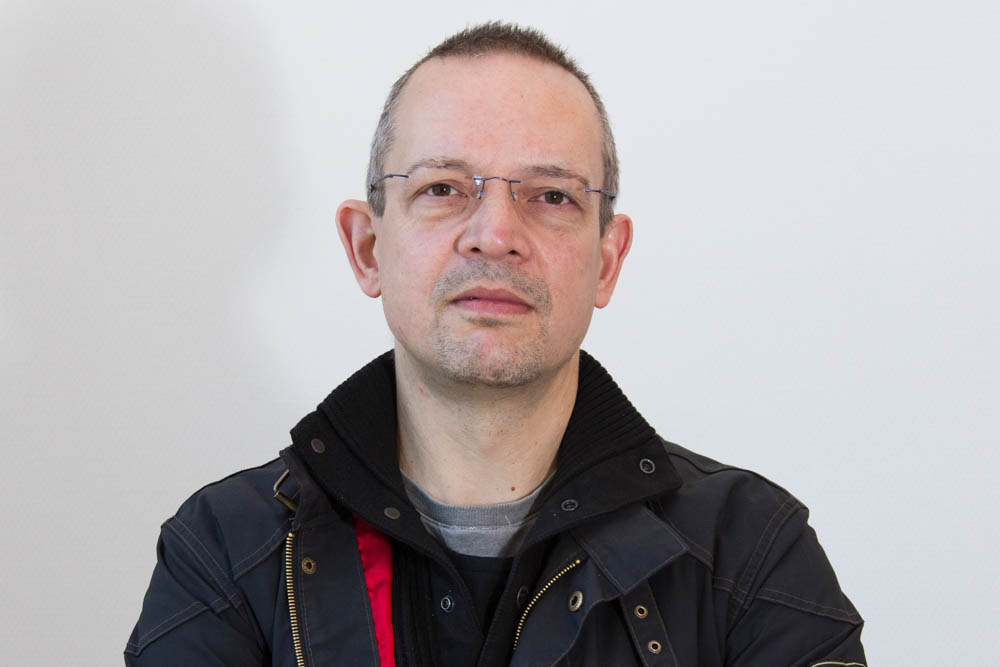 In: Journal of Materials Research

The effect of process conditions on the biaxial texture of MgO films grown by ion-beam-assisted deposition (IBAD) was studied. The texture showed a strong dependence on the Ar+/MgO flux ratio, but a weak dependence on the divergence of Ar+ beam. One hundred-nanometer-thick epi-MgO on less than 10-nm-thick textured IBAD-MgO films that were grown on 7-nm-thick Y2O3 layers on fused silica, metal alloy tape, and polished Si substrates showed biaxial texture with in- and out-of-plane orientation distributions of less than 4° and 2°, respectively. These results strengthen the notion that the IBAD technique could serve as a universal technological process to integrate amorphous and polycrystalline substrates with various oxide and semiconductor films that need to be grown with good biaxial texture.
Zeitschriftenartikel
High critical current YBCO coated conductors based on IBAD MgO, vol. 412-414, pg. 795-800.

We report on our efforts in developing and scaling-up the systems for IBAD-MgO based coated conductor fabrication. The overall fabrication process involves a number of different processes including: electropolishing of the substrates; barrier-layer, seed-layer, and IBAD-MgO deposition by e-beam evaporation; and pulsed laser deposition of buffer and YBCO layers. All processes are realized in reel-to-reel processing systems. Latest results have shown that the IBAD-MgO approach yields coated conductor performance comparable to the best results achieved elsewhere to date.
Beitrag (Sammelband oder Tagungsband)
Continuous preparation of PLD oxide buffer layers andYBCO for coated conductor applications, pg. 9.
Zeitschriftenartikel
Critical currents of narrow YBCO rings on ni and LaAlO/sub 3/ substrates, vol. 13, pg. 2595-2598.

Low loss YBCO based flexible conductors for AC operation must have a filamentary structure with filament width below 0.1 mm. MO images of structured YBCO films showed that the flux penetration is less homogeneous in YBCO filaments on Ni substrates than that in filaments on LaAlO, which indicates that the patterning may affect the critical current density in narrow filaments. To see the effect of patterning on the filament critical current we studied I-V curves and critical currents of YBCO rings with various widths ranging from 0.3 mm down to 0.02 mm. The rings were prepared by a standard lithographic process. To avoid problems with current contacts, the current in the rings was induced by external magnetic field and electric field-current characteristics were determined by a Hall probe method.
Zeitschriftenartikel
Strongly coupled critical current density values achieved in Y1Ba2Cu3O7−δ coated conductors with near-single-crystal texture, vol. 82, pg. 4519-4521.

One of the most intensely researched subjects in the development of YBa2Cu3O7−δ (YBCO)-based coated conductors is the methodology for achieving ever-sharper film texture on flexible metal substrates. This is a critical issue due to the intrinsic weak-link behavior that results in depressed critical current density (Jc) in polycrystalline YBCO. Using ion-beam-assisted deposition of magnesium oxide, we have achieved YBCO texture on superalloy substrates approaching that on single-crystal oxide substrates. This advance has allowed us to fabricate coated conductor samples with Jcs that are as high as for films on oxide crystals; for example, >2 MA/cm2 (75 K, self-field) at a YBCO thickness of ∼1.5 μm.
Zeitschriftenartikel
High J/sub C/ YBCO films on biaxially textured Ni with oxide buffer layers deposited using evaporation and sputtering techniques, vol. 13, pg. 2543-2546.

Epitaxial buffer layers of CeO2 and yttria-stabilised ZrO2 (YSZ) have been deposited on biaxially textured nickel substrates using evaporation and rf sputtering. The buffer layers were characterised by XRD, SEM and optical microscopy. YBa2Cu3O7−δ (YBCO) films were deposited by high pressure dc sputtering on CeO2/YSZ/CeO2 buffered substrates and the resulting superconducting properties were measured inductively. On exclusively evaporated buffers critical current densities of up to 0.6 MA/cm2 (77.3 K, H=0 T) were achieved. The buffer layers showed some cracks after YBCO deposition, which we considered to be responsible for the relatively low JC. In contrast buffer architectures with evaporated CeO2 followed by rf sputtering of YSZ and CeO2 remained completely free of cracks after YBCO deposition. Critical current densities between 1.5 and 2.6 MA/cm2 (77 K, H=0 T) in 400 nm thick YBCO films were obtained reproducibly. The critical temperatures TC ranged between 87 and 92 K and the typical width ΔTC of the transition was 1.5 K.
Zeitschriftenartikel
Accelerated coated conductor program at Los Alamos national laboratory, vol. 13, pg. 2488-2491.

In order to accelerate research and development of coated conductors (CC), a new facility has been developed at Los Alamos National Laboratory (LANL) with labs dedicated to scaled-up fabrication and characterization of CC. These laboratories include facilities for metal tape preparation, ion-beam assisted deposition (IBAD) of template layers, superconductor deposition by laser ablation (PLD), as well as materials characterization including low-temperature transport measurements. The work builds on the prior successes of the LANL CC program, such as the benchmark results of critical currents over 300 A on 1-cm-wide short samples deposited via IBAD and PLD. The new labs have recently been completed and include the ability for reel-to-reel tape processing and characterization. Fabrication of long lengths of tape (>10 m) allow for high-throughput experimentation by linear combinatorial design. This facility is also made to enable collaboration with industrial and other partners.
Patent
High current density electropolishing in the preparation of highly smooth substrate tapes for coated conductors
Zeitschriftenartikel
Continuous electropolishing of Hastelloy substrates for ion-beam assisted deposition of MgO, vol. 16, pg. 613-616.

We demonstrate the applicability of continuous electropolishing for the preparation of metal tapes for ion-beam assisted deposition of MgO for the fabrication of in-plane textured template layers. These templates are used for the fabrication of second generation high temperature superconducting wires utilizing YBa2Cu3O7−δ coatings on metallic substrates. Surface roughness values below 1 nm and local slopes of less than 1° could be achieved with the electropolishing process. Mean surface roughness values are lower with the use of electropolishing and slopes of surface roughness inclines are significantly reduced compared to the best results of mechanical polishing (3.5 nm and 5°, respectively). The cost-effective process of electropolishing shows great promise for the fabrication of second generation high temperature superconducting wire.
Beitrag (Sammelband oder Tagungsband)
RABiTS YBCO-Bandleiter. Teilvorhaben: YBCO-beschichtete Metallbänder für die Magnet- und Energietechnik, pg. 1-72.
Zeitschriftenartikel
Recent developments in the characterization of superconducting films by microwaves, vol. 372-376, Part 1, pg. 571-577.

We describe and analyze selected surface impedance data recently obtained by different groups on cuprate, ruthenate and diboride superconducting films on metallic and dielectric substrates for fundamental studies and microwave applications. The discussion includes a first review of microwave data on MgB2, the weak-link behaviour of RABiTS-type YBa2Cu3O7−δ tapes, and the observation of a strong anomalous power-dependence of the microwave losses in MgO at low temperatures. We demonstrate how microwave measurements can be used to investigate electronic, magnetic, and dielectric dissipation and relaxation in the films and substrates. The impact of such studies reaches from the extraction of microscopic information to the engineering of materials and further on to applications in power systems and communication technology.
Hochschulschrift
Supraleitende YBa2Cu3O7-δδ-Schichten auf metallischen Bändern

For the use of high-temperature superconducting materials in energy technology flexiblewires or tapes are needed. Up to now two different routes for their fabrication do exist.Primary there is the powder in tube process, which uses polycrystalline BSCCO powder in asilver tube. Secondary there are the coated conductor concepts, which use a metallic tape as asubstrate for the deposition of buffer and superconducting layers. In order to achieve highcritical current densities biaxially textured layers of the superconductor YBCO are necessary.As a consequence either the substrates (RABiTS: rolling assisted biaxially textured substratesapproach) or the deposited buffers (IBAD: ion beam assisted deposition approach) have to betextured. In this thesis the RABiTS approach was used to produce short samples ofsuperconducting tapes.One of the most important aspects of the RABiTS technique is the deposition of buffer layers,which serve as a chemical barrier between the ferromagnetic Nickel substrate and match thestructural properties of the substrate tape and the YBCO layer. In order to deposit high qualityYBCO films on textured Nickel substrates highly (100) textured and crack free buffer layersare needed. Only few materials such as CeO2 and Yttria-stabilised Zirconia (YSZ) are suitedfor the use as a buffer layer. In this thesis several deposition techniques such as rf sputtering,thermal reactive evaporation and electron beam evaporation were developed and tested for thedeposition of CeO2 and YSZ. The buffer layers were characterised by XRD, SEM and opticalmicroscopy. The growth behaviour of CeO2 on Nickel was studied in detail to ensure (100)oriented growth on the cube textured Nickel substrate. Growth conditions for the reproducibledeposition of (100) oriented buffer layers could be found.YBCO films were deposited by dc-sputtering on the buffer layers and the resultingsuperconducting properties were measured by inductive characterisation and transport currentmeasurements. The cracking of the buffer layers during the highly oxidising conditions of theYBCO deposition process turned out to be the main obstacle to achieving goodsuperconducting properties. After optimisation critical current densities up to 0.6 MA/cm2(77 K, 0 T) and critical temperatures of 91 K with transition widths of 3 K could be obtainedin 400 nm thick YBCO films on exclusively evaporated CeO2/YSZ/CeO2 buffer architectures.These layers still showed cracks after the YBCO deposition, which seemed to be the cause forthe low critical current densities. Buffer architectures with evaporated CeO2 followed bysputtering of YSZ and CeO2 remained crack free after the YBCO deposition. Critical currentdensities between 1.5 and 2.6 MA/cm2 (77 K, 0 T) in 400 nm thick films could be achievedreproducibly. The transition temperatures were measured to be between 91 and 92 K withtransition widths of 1.5 K.
Cookies