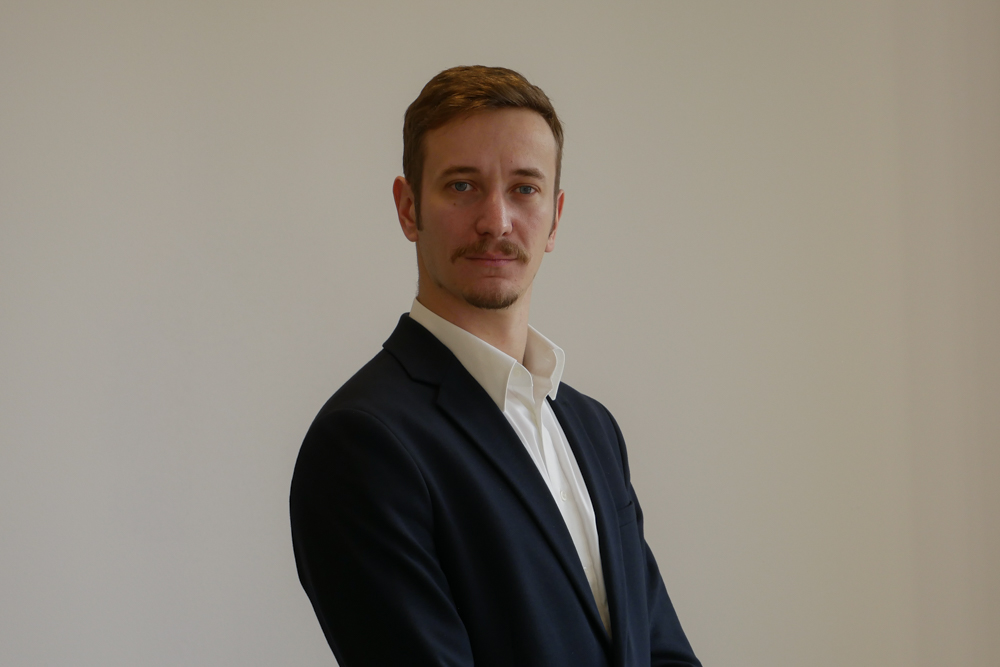 Polishing precision optics is highly depending on the operator. Hence, a good result relies on a skilled optician who controls the process chain. This process chain consists of different manual steps such as loading, cleaning and calibrating different machines. To get more control over the process and to speed up the production we currently build an operator independent polishing cell using a single robot. Therefore, we positioned the robot in the middle of the production cell, which enables the robot to reach and manipulate different tools located around the kinematic. One major issues is the lower positioning accuracy and stiffness of an industrial robot in comparison to standard optic machines. Probably the most challenging step concerning accuracy in precision optics manufacturing is the interferometric measurement. In this paper, we present a method using an ESDI Intellium H2000 interferometer, designed for use in unsteady conditions. The robot positions the surface under test without the use of any additional mechanics to enhance the accuracy. The measurement position was manually teached in and approached several times for a statistically significant evaluation. The results show that the robot is sufficiently accurate and stable to perform interferometric measurements. This is a key element towards a completely operator-independent manufacturing cell for precision optics.
Beitrag in Sammelwerk/Tagungsband

Manufacturing precision optics is a complex process chain, which requires many operations on different machines. This is combined with operator-dependent steps such as manual cleaning, loading and measuring. In order to realize this process chain on a smaller shop area and to achieve a higher level of automation we build an operator-independent polishing cell. In this cell, an ABB robot serves as the actuator handling the workpiece. We positioned the robot in the center of the polishing cell to operate several workstations, so the whole process chain works with one single actuator. This arrangement allows a smaller and cheaper system, since no additional handling is required.
Vortrag

In computer controlled subapertur polishing the formation of mid spatial frequency errors (MSFE) needs special attention. In this work the formation of MSFE in feed direction is investigated using the ADAPT tool from Satisloh.
Beitrag in Sammelwerk/Tagungsband

Previous work shows the effectiveness of computer controlled polishing (CCP) with the ADAPT tool by Satisloh for correcting form errors in optics manufacturing. This method however has a risk of producing residual errors in the range of mid spatial frequency errors (MSFE). In order to prevent these errors the residual in feed direction is investigated as well as the behavior at different parameters.
Beitrag in Sammelwerk/Tagungsband

Developing a four-tilted-mirror telescope as a student project

Developing a four-tilted-mirror telescope as a student project

The Faculty of Applied Natural Sciences and Industrial engineering, which is a part of the Deggendorf Institute of Technology (DIT), transfers a broad spectrum of knowledge to the students. Edifying the interrelations, which are present between seemingly isolated fields of knowledge, is a permanent process. In order to make this practical, a telescope construction project was launched. The Technology Campus Teisnach bundles capacities for process development, production and measurement of highprecision optics. This also includes telescope optics. This qualifies the Campus for being the base of the in-house project. Fixed boundary conditions are e.g. 400 mm diameter of the primary mirror M1 and the objective to realize an image performance, which is equivalent to commercial telescopes. Furthermore, an unobscured tilted-mirror-system should be realized. The optical design, which was chosen as a result of an analysis of the state of the art, is based on a subset of the parameter space, which was published in 1989 by M. Brunn 1, 2. The concept was later built by D. Stevick as f/12-system (with reference to the work of M. Paul, 1935) 3. The DIT project started with a comparison of f/7-systems. They had been implemented in the optical design software Zemax. The imaging performance was compared within a field of view of 0.7 ° deg. The mechanical design includes FEM simulation of thermal effects on slightly weighted mirrors. Different tubes had been compared, including carbonfiber- reinforced-polymer (CFRP) Monocoquetubus. Another task is the realization of fast and precise tracking. The state of the development is set out.