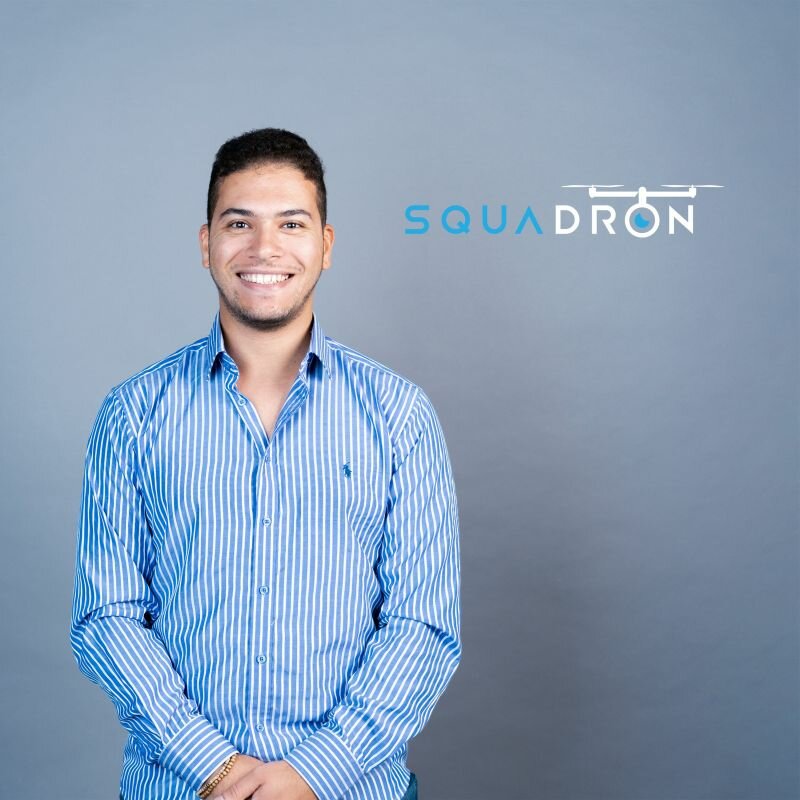 Kickstart for the start-up

Mohammad Abu Rezeq is the first prospective founder at the Deggendorf Institute of Technology (DIT) to receive funding for his start-up idea as an international student. He wants to use a drone and artificial intelligence to facilitate the inspection of solar parks. To build the first prototype of the drone, he has now received the highest possible funding amount of € 7,500 from the Kickstart Incubator Programme.

Mohammad is studying for a Master’s degree in Electrical Engineering in Deggendorf and is originally from Jordan. With his start-up idea Squadron, he wants to help solar park operators collect data on their solar cells, which he evaluates for quality assurance with the help of artificial intelligence. Thus, compared to conventional inspection methods, it is possible to detect all kinds of anomalies in the shortest possible time and with more precise results. In July 2021, Mohammad presented his innovation to the Startup Campus team at DIT. Since then, he has been supervised and supported by the start-up advisors and his mentor Prof. Dr. Wolfgang Dorner. The start-up advisors are pleased that he Jordanian is consciously striving to found his company in Germany. This means that the added value can be felt directly. As the first international student to found a company at DIT, Mohammad would also like to take the next step and secure funding through the EXIST start-up scholarship and is currently writing an application for this.

About the Incubator Programme

The Kickstart Incubator is a programme for all prospective founder with innovative technology-oriented start-up projects or services with high customer value. After successfully presenting the idea, the first step is to develop the business model and build the founding team. Selected experts from DIT and the Startup Campus team are on hand to coach and mento the prospective founders. Free access to the StartupLab premises creates a creative working environment and enables exchange with other funding teams. With up to € 7,500 in funding per team, nothing stands in the way of building the first prototype. After completing the incubator programme, the teams are well equipped for the upcoming start-up and ready for subsequent funding such as the EXIST start-up scholarship. More information on the topic of founding can be found here: www.th-deg.de/starting-a-business

The funding is made possible by the funding measure “Entrepreneurial Thinking and Scientific Founding Spirit – Research and Founding Freedom at Universities of Applied Sciences” StartupLab@FH of the Federal Ministry of Education and Research.

Bild (DIT): Mohammad Abu Rezeq approached the start-up advisors at the Deggendorf Institute of Technology with his start-up idea.