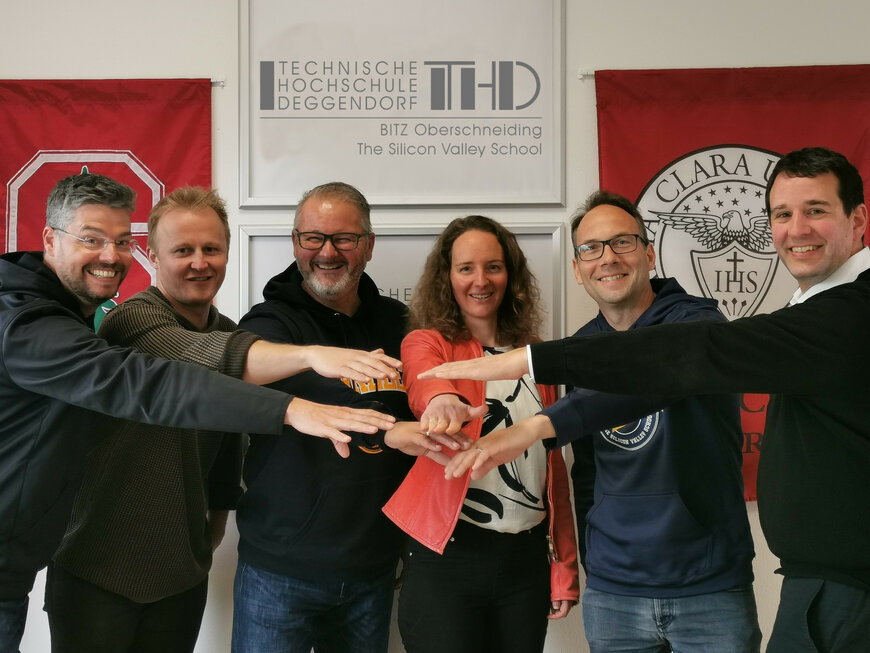 The Deggendorf Institute of Technology (DIT) has been among the best in worldwide university comparisons for years. This is also confirmed by the WURI Ranking 2022, which was published in mid-June. In the category "Entrepreneurial Spirit", DIT takes second place. Ahead of universities with a global reputation, such as Berkely University of California and Princeton University. A decisive point for this is the "Bavarian Innovation Transformation Centre" (BITZ) in Oberschneiding.

WURI, which stands for "World's Universities with Real Impact", i.e. those that make a difference. For years now, DIT has been among the TOP 10 when it comes to entrepreneurship and start-ups. The WURI places 8 and 5 in previous years prove what the Deggendorfers achieve in this respect. This year, DIT is now the highest ranked university in Europe in terms of entrepreneurship and the only German university in the WURI TOP 50. President Prof. Peter Sperber is certain: "With the work at our BITZ in Oberschneiding, we have made it straight to the top of the world. Our university is unique in the world with this campus and the Silicon Valley School". He added that the Valley had already been brought to Lower Bavaria to some extent and that Bavarian companies were being successfully supported in market development and acceleration. Overall, DIT ranks 24th among the "Global Top 100 Innovative Universities".

Prof. Peter Schmieder, founder and director of the Silicon Valley School and scientific director of BITZ is certain that the location in Oberschneiding has once again raised the Silicon Valley Program to a whole new level. "We can keep up with the big players in the international academic landscape," Schmieder proudly explains. In the entrepreneurship category, he says, we are even ahead of Berkely University, with which we have had a partnership for years, and also ahead of Princeton University. "That," adds the DIT professor, "is a huge incentive for our further work."

This year's WURI ranking again included entries in the categories "Industrial Application" (DIT ranked 33rd), "Entrepreneurship" (ranked 2nd), "Ethical Value", "Cosmopolitanism", "Crisis Management" (ranked 8th) and "Fourth Industrial Revolution". This approach allows smaller universities the same chances in the evaluation as large established universities. The presidents of the participating universities are actively involved in the evaluation process. Finally, the members of the WURI Evaluation Committee conduct a rigorous review and recommend a list of universities for the global Top 100 rankings.

The WURI ranking is organised by the Institute for Policy and Strategy on National Competitiveness (IPSNC) in South Korea and is supported by the Hanseatic League of Universities (HLU) in the Netherlands, the Institute for Industrial Policy Studies (IPS) in Seoul, the UN Institute for Training and Research (UNITAR) in Geneva and the Tailor Institute of Franklin University (FUS) in Lugano. The results are available on the internet at www.wuri.world.